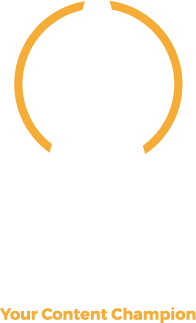 Austin shoots to No. 1 on list of world’s best cities for freelancers

If you were asked what the freelancing capital of the world is, what would your guess be? New York City? San Francisco? London?

According to a ranking from Carphone Warehouse, a London-based retailer of mobile phones, the answer is … Austin, Texas (where I’ve lived since 1999). Austin sits atop the company’s list of the world’s best cities for freelancers. Interestingly, no other place in the U.S. appears in the 30-city ranking.

However, Austin earned lower marks in the coworking, cost of living and monthly rent categories.

How Austin stacks up

Regardless of where Austin ranks, freelancers who live and work here appear to be thriving. According to freelance marketplace Fiverr, the estimated 68,350 creative, professional and technical freelancers in Austin generated nearly $2.9 billion in revenue last year.

From 2012 to 2017, Austin’s population of so-called “skilled” freelancers grew by 27%, Fiverr’s report shows. Meanwhile, total freelance revenue went up 29% during that period.

“Understanding the growth and impact of this sector of the workforce has never been more important than it is in this current environment,” Micha Kaufman, co-founder and CEO of Fiverr, says in a May 2020 news release.

“As the COVID-19 pandemic has forced employers and workers to re-examine all aspects of the modern workplace and adopt new technologies to maintain pace from the comfort of home, skilled freelancers are at the forefront of this adoption curve,” Kaufman adds. “My belief is that, coming out of all this, we’ll begin to see a digital transformation in the labor market, meaning a shift to more digital, independent work.”