No one can blame the airports for putting out these press releases. After all, folks do want to know whether airport traffic is taking off … or not.

So, it was a pleasure to see a fresh take on the annual ritual of traffic statistics being cranked out by the airport. Sure, Austin-Bergstrom International Airport did issue a press release touting the fact that passenger traffic was up 11.5 percent in 2017 compared with 2016. But we also got some meatier — and, frankly, more interesting — data from this year’s release.

Brisket and tacos and beer, oh my!

Aside from learning that a record-setting 13.8 million passengers fly into and out of ABIA last year, we were treated to these gems about 2017: 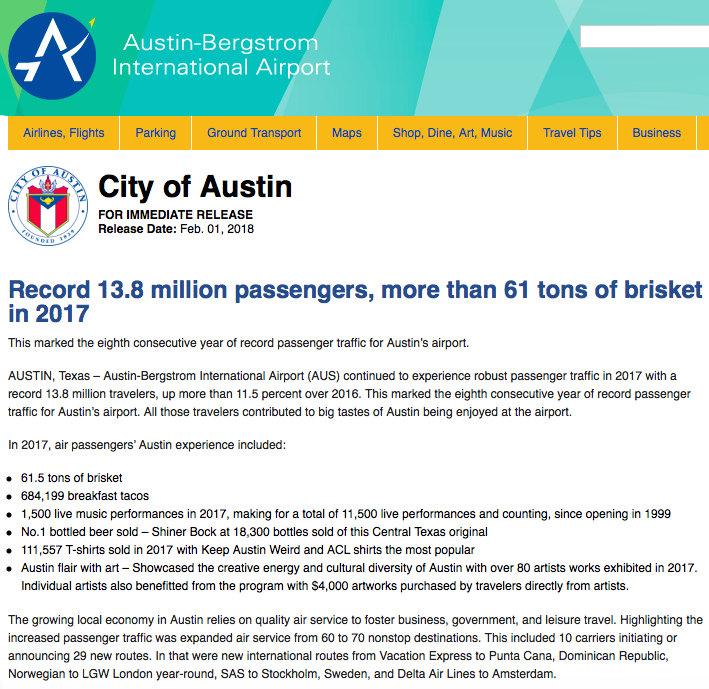 As noted by ABIA, the nearly 14 million passengers served in 2017 “contributed to big tastes of Austin being enjoyed at the airport.”

Get it? Big tastes.

Having reported on my fair share of airport news over the years, it actually was a pleasure to pore over the stats in this ABIA press release.

This effort shows that a government-produced press release need not be stuffy. Why not have fun with it and entice more people to digest the news?

The standard press release is “easy to scoff at, especially if it’s weighted down with formulaic writing and marketing hype that makes it bloated and dull-sounding,” Fast Company says. 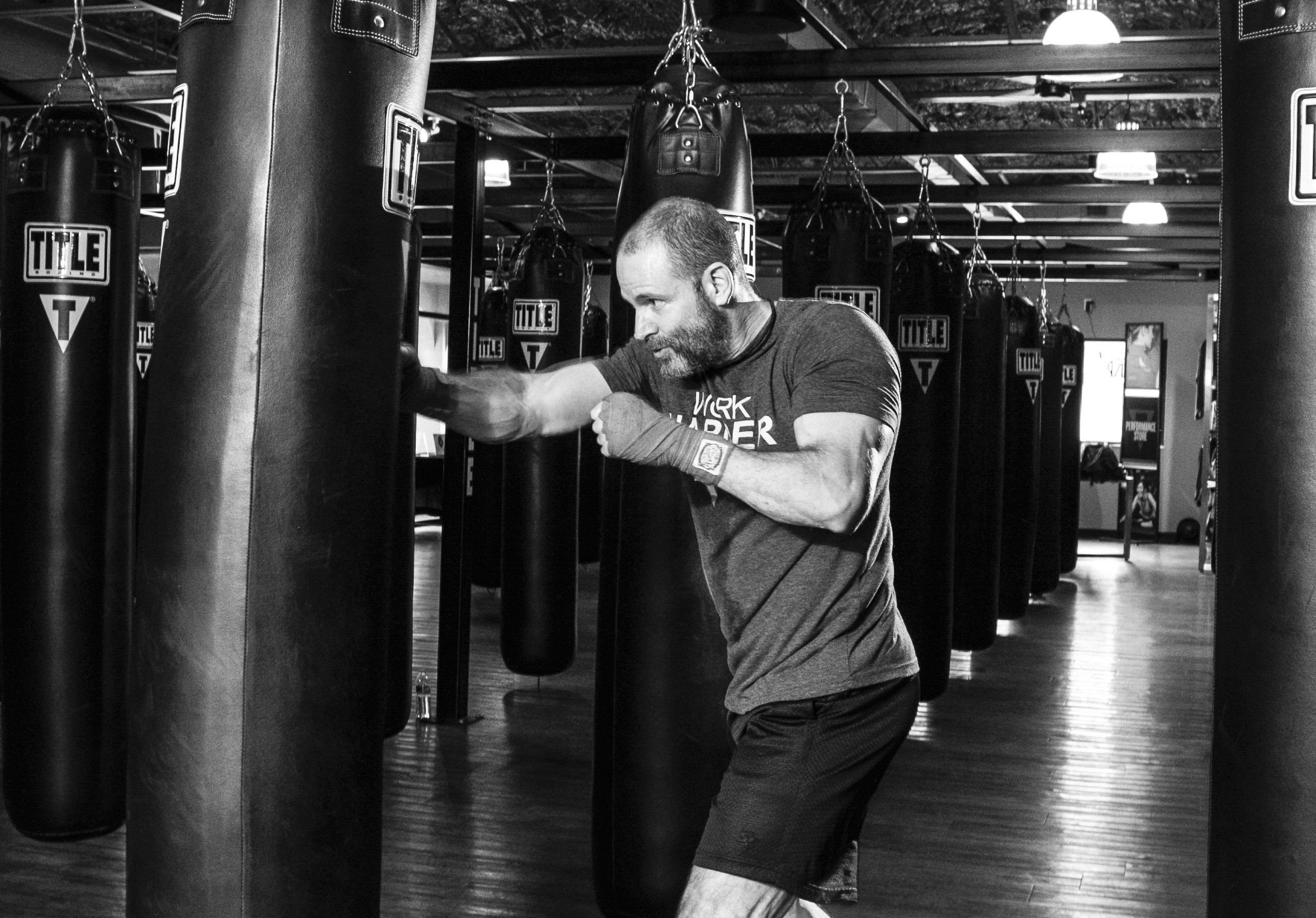 You want formulaic writing? Press releases are overflowing with it. Here are four examples from a 2012 article in PRNews (examples that are still relevant today):

We wouldn’t be interested in your news if you weren’t “excited” about it. 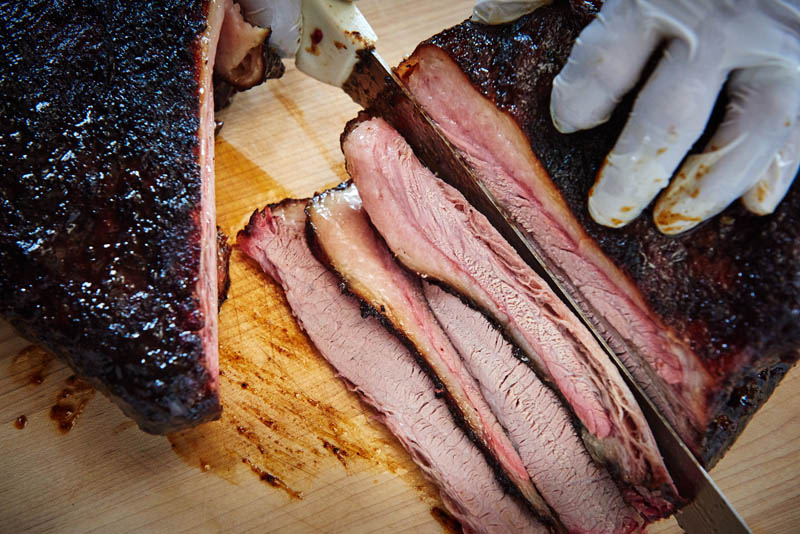 Given all the clichés that pop up in press releases, I was excited — yes, excited — to come across the ABIA press release, which originated from the PR shop headed by Jim Halbrook. Hats off to Jim and his team; this release is certainly food for thought for PR professionals who are seeking a livelier way to present information.

By the way, it’s still weighing on my mind that ABIA visitors consumed 61.5 tons of brisket in 2017. That’s roughly equivalent to 31 Ford F150 pickup trucks.